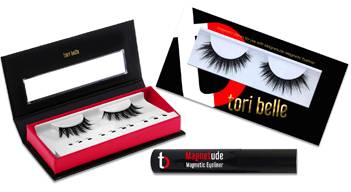 Well the entertainment started when my good friend E showed up in her brothers well loved / used 1980’s suburban. We stuffed all of the contents listed above into the beast.

Arriving at the Ted Steven’s international airport we were informed that we had missed our flight at 12:30pm, we both read our flight itinerary wrong as we thought it was a 4:50 departure. So mad dash to figure out what options are next. Well as we show up at 2:15pm, well we are in luck to catch the 3:15 flight out to Seattle. Luckly we were able to get the dogs and guns thru TSA
security. We however don’t get into the TSA SECURITY line with IDs checked until 2:50pm. After getting in honestly the slowest screening line EVER, I leave john putting on his shoes and start to run all the way to the end of the C Concourse. My flight attendant training is coming back and I hall ass. For those of you familiar with the Anchorage airport you know that I was dodging locals, milling about McDonalds customers and tourists which is not an easy task with two large backpacks weighing 60+ lbs and slippery shoes. I finally get to the counter and the gate agent is so put out that I made it to the counter, and out of breath mind you. The dogs were taken off the plane as I arrive, and they are told to be put back on the plane. John finally catches up and we are escorted down the walkway like the problem children we are.

Once in our seats and able to catch our breaths John and I are amazed. We we’re able to pull it all off. I guess if all the luggage and pups make it was a successful mad dash.

We are now sitting on the plane drinking some good drinks and chatting it up with our emergency row companion.

Missing you AK peeps all ready!

The Shame of the Male Virgin